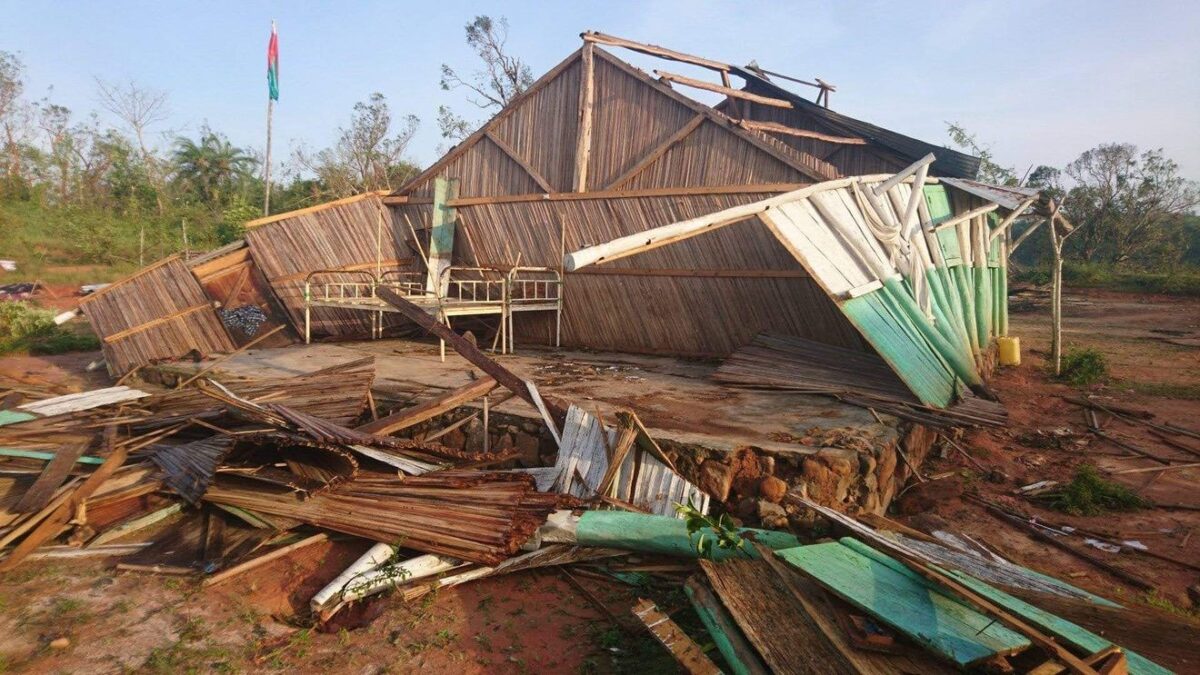 SIM personnel have launched a response to the tragedy of disasters that have hit Madagascar.

Long-term SIM UK couple Victor and Rachel Fredlund have launched a response to the tragedy of disasters that have hit Madagascar.

On the heels of a prolonged drought, Madagascar has now been accosted by three cyclones within the space of a month.

In total, the disasters have impacted 10,000 residents directly, and another 50,000 indirectly.

Of the most severe cyclone, Batsirai, local pastor Clarisse de Manerinerina in Mananjary, testified: “I am currently 71 years’ old, but I have never seen such a violent cyclone.”

Crops and forests have been ruined by both the wind during the storms and the subsequent flooding, bringing the threat of malnutrition to thousands of people.

SIM Madagascar director Victor Fredlund said: “We expect in this present disaster to assist about 10,000 people with food and seed, and to give evangelistic witness to many affected.

“People have been given temporary shelter, but in the coming month, food is going to be in high demand and resources scarce.”

Aside from food, basics, and agricultural assistance, MEIM will also work toward the needs of extra support for the vulnerable, repair of housing, and reconstruction of church buildings. SIM’s Timothy Centre has an existing emergency house building project, which will be involved in these efforts.

The 2,000 reported church members who’ve been impacted by the cyclones are being equipped to multiply the reach of relief to Mananjary.

Victor said, “Church members will be encouraged to bring non-church people to access assistance with them as an outreach to their neighbours.”

Donate to this relief fund, using project number #098298 and read how SIM is working to care for survivors of Cyclone Ana in Malawi.

By Tianna Haas and Victor Fredlund

Victor and Rachel have served in South Africa for 40 years in the areas of healthcare, church planting, community development, and child and youth work. They work in Mseleni Hospital and with the Africa Evangelical Church. In June 2021, Victor was appointed Interim Director for Botswana, Mauritius, and Madagascar.

This was posted on 2 March 2022 in Compassionate ministries.
Tags: Madagascar