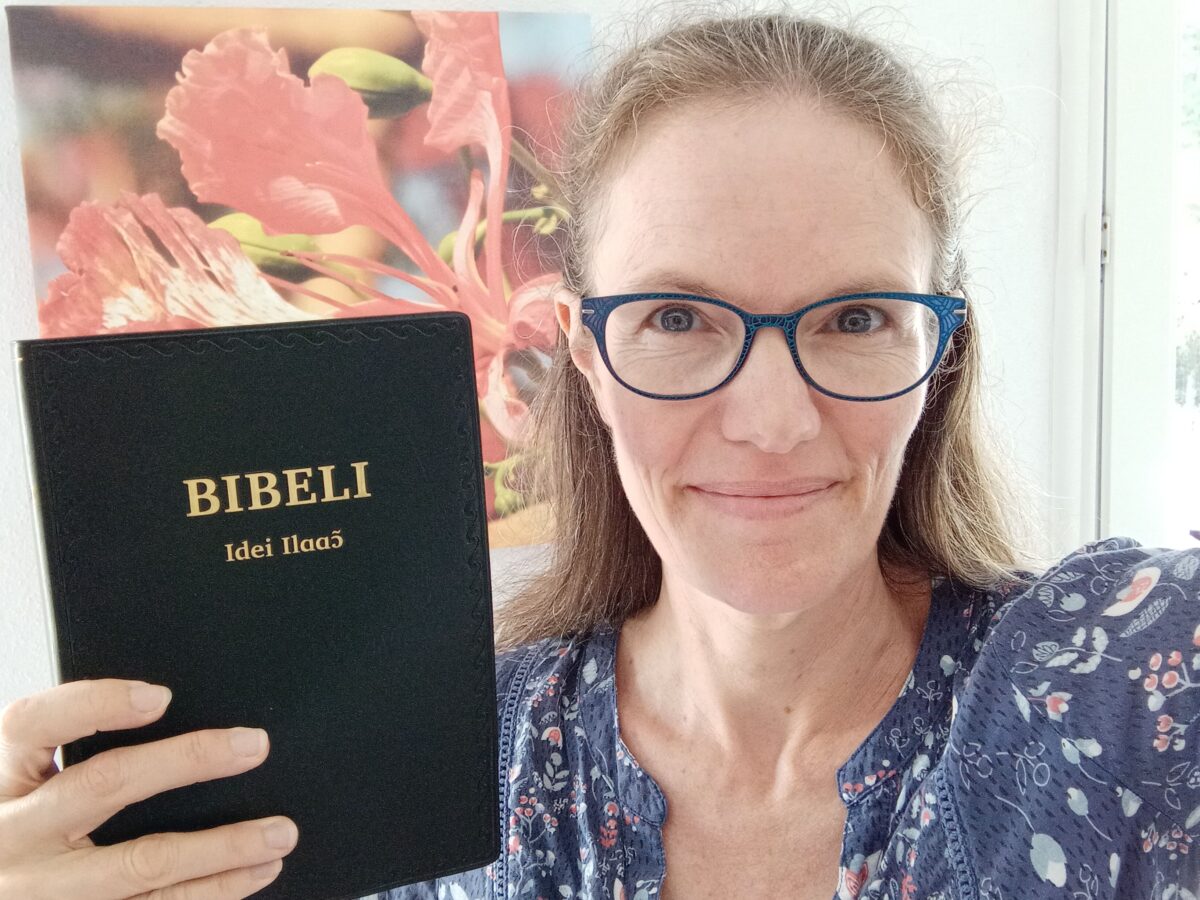 The Monkolé live in the north of the country where in the 1970s, a handful of men became Christians and today, there are two Monkolé churches, with several hundred members.

The New Testament was published in 2007 after many years of hard work by the small, dedicated translation team with SIM Canada missionary Grace Birnie. After Grace’s retirement, Hilary joined the team in 2011 and the Old Testament was completed in 2020.

Three people form the current translation team – Hilary, pastor Samuel Tchebo and church elder Philemon Orou Jean. Samuel has worked on the project from the start and has a unique role as the only known Monkolé pastor.

Samuel says: “The work has changed enormously since I’ve been working on the team. When we started, we did all our first drafts on the blackboard, with lots of rubbing out. Then someone typed it up on a manual typewriter.”

Samuel goes on to describe the difficult process of copying, carried out on old machinery and coloured carbon paper. He says: “It was dirty and very difficult to read.”

Now, computers and Paratext software have transformed their work.

“It was pretty amazing to hold the Bible in my hands after so many years of translation work — what tangible proof of God’s faithfulness!” says Hilary, who was also responsible for proof-reading an updated Monkolé song book that was re-printed.

“Some songs are translations of French hymns, but many were composed by the Monkolé themselves,” she adds.

Back in France, Hilary has embarked on training to become a Bible translation consultant, which means learning a new language – biblical Greek!

“It’s a difficult language to learn and very different from other languages I know, but I’m enjoying the challenge! As a former language teacher, I know that motivation is crucial, and I’m certainly very motivated!”

The Monkolé Bibles were printed in South Korea and sent by boat to Benin. Once through customs, 2,000 copies then made their way north by lorry.

In October, Hilary was able to go back to Benin to see the completed Bible presented to the Monkolé people at a special ceremony.

“There was a time when I felt this would be impossible,” says Hilary, “but I know that many people felt I ought to be there and prayed that it would work out. God opened the way, and I was overjoyed to be there.”