From tequila to truth 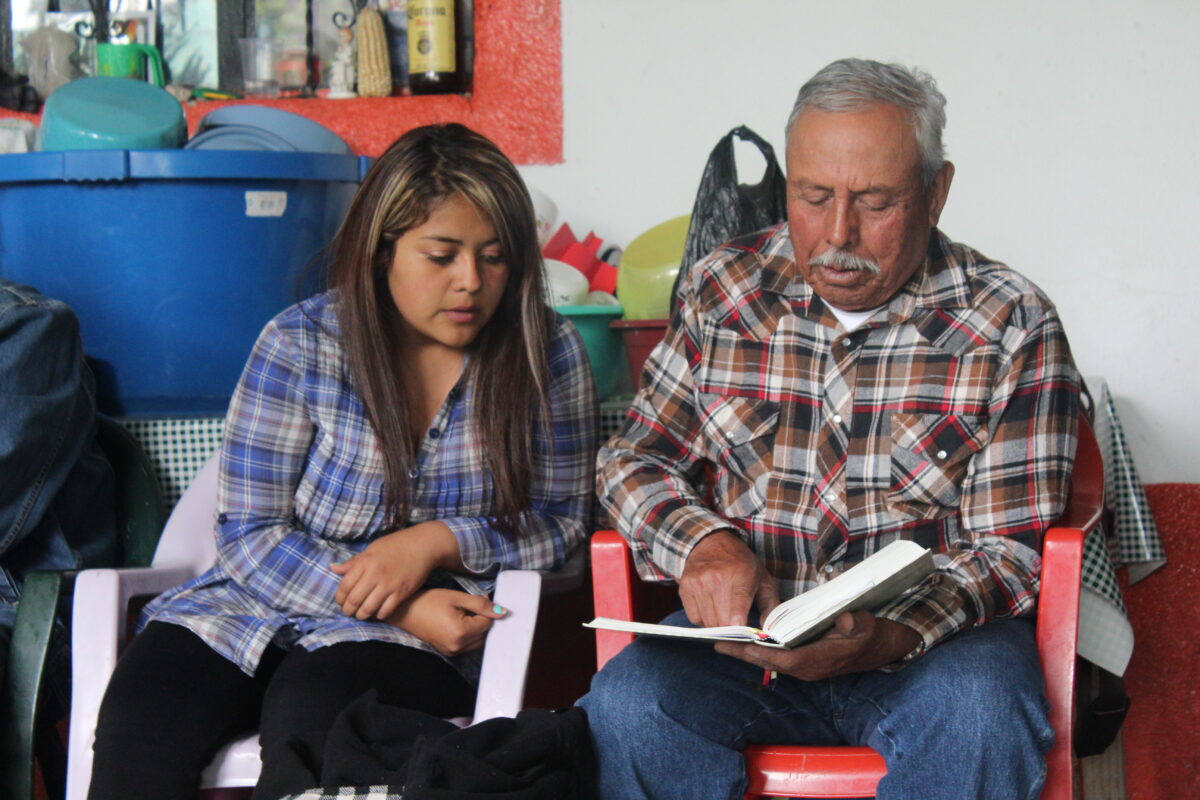 Read how SIM is helping to train local leaders and plant churches in a vastly unreached area of Mexico.

Despite having to cope with the effects of Covid during their two years of studying in the UK, Donald and Becky Kamese are excited to take what they’ve learned back to Mexico.

The couple, who are sent by Christ Church at All Saints, Wandsworth, moved to South America in 2014 and two years later, founded Vida Impact Missions, which helps plant Christ-centred churches in a part of Central Mexico where many are hostile to the gospel and fewer than one in 100 know Jesus.

“We learned there is an area called the Circle of Silence with the largest concentration of unreached people in Spanish-speaking Latin America,” says Donald. “Our goal is to see this area transformed through the gospel and bring a positive change in its underprivileged communities.”

After two years of planning, Donald and the team are set to open a Bible training centre Predica Vida (Preach Life) in January 2022, which will equip local leaders who want to spread the gospel in the Circle of Silence and beyond.

The Circle of Silence is a mostly mountainous area of about 99,460 square miles in Central Mexico, where more than 23 million people live in rural towns and villages with almost no gospel witness – the highest concentration of unreached people in Spanish-speaking Latin America. Locals tend to amalgamate animistic practices with the rituals of Roman Catholicism and fewer than one in 100 people knows Jesus.

“Only one in ten church ministers in Mexico have any Bible training, so our focus is on training them to faithfully teach the Scriptures and mentoring them as they go out and take the gospel to the unreached areas,” says Donald.

In 2019, the couple, left Mexico with their two young sons for the UK to start in-depth training at Cornhill Bible College.

“The past two years have been challenging and took us out of our comfort zone,” admits Donald, “but it has also grown our love for the Lord and his word in so many ways. We’ve seen God go before us, preparing the way and providing lots of people to help us.

“We’re so thankful for the opportunity to study and that we kept going, even when Covid meant everything had to go online. We’re also very excited to return to Mexico and live in a house with a garden where the boys can run around and play!”

However, Donald is most excited that God answered prayers to provide a facility for the training centre: “We’ve been given the free use of a large ‘rancho’ with dormitories and facilities already built, where we can open a residential centre.”

From tequila to truth

About 10 years ago, God transformed the life of a Mexican Tequila factory owner called C.

“Upon becoming a Christian, C renounced all activity associated with his past life. He paid off his business associates; closed the tequila factory; and began to focus on a more ethical business,” says Donald.

“We met C six years ago through a missionary friend who suggested we might be able to use the old ranch for gospel-related activities. Since then, Vida has used the ranch several times for retreats, respite, and Bible conferences. In early 2019, we shared our vision with C and he joined the team to help plan and advise the best way to take care of the business side of operating the ranch.

“He agreed to cover initial costs for the first five years, during which time, we will work to make the ranch self-sustaining. The ranch has the capacity for up to 100 and the students will probably come from the theological college and mission school we’re in contact with and we’ll also promote the programme in conferences and when we’re invited to speak in churches.”

“Although we should have plenty of candidates, our focus will be to train the few, who in turn, will be able to train many more and help turn the Circle of Silence into a Circle of Proclamation of the transforming power of Jesus Christ.”

David and Maribel Easton, sent by Thornton Heath Evangelical Church, Croydon, are due to join the Kameses later next year to support the work of Predica Vida.

David explains “Since 2013, after several visits to Mexico, the Lord planted a seed of burden for Mexico heavy on our hearts.

“The burden consisted of seeing the lack of faithful Bible teaching; the need of reaching the lost with the gospel, and the warning against false teachers who have infiltrated the churches.

“In 2020, I met Donald at Cornhill and discovered he had the same vision and burden as Maribel and I have.

“After much prayer and discussion, we decided it’s right for us to go to Mexico and to start ministering in the Circle of Silence, where there is a great need for people to hear the gospel. Donald recommended SIM UK, which loves the word of God, and God willing, we’ll be joining the team in October 2022.”

This was posted on 2 December 2021 in Ministry stories and Training and equipping.
Tags: