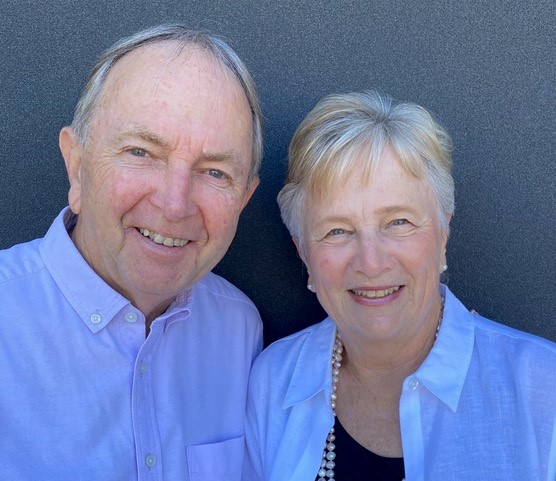 Read how one SIM couple are helping job seekers in the aftermath of Covid-19.

For nearly 20 years, career coaches Daniel and Jeanie Ough have been helping people cope with the challenges of unemployment and landing a new job.

“After living and working in Dubai for seven years, we emigrated to Australia in 2011. We are committed Christians who feel passionate and excited about using our skills to serve the kingdom as volunteers, which we have been doing with missionary organisations and Christian groups around the world since 2013,” says Daniel, a former engineer, originally from the UK.

“When we moved to Dubai, we had no idea that God would lead us into coaching, using skills that he had equipped us with through life’s experiences,” adds Daniel. “We established a coaching company and worked with a wide range of clients, from university students to corporate executives, doing individual coaching, executive coaching, and team development.”

In 2013, the couple began using their coaching skills with SIM Australia, where they are now Associates – giving presentations at SIM conferences, as well as coaching individuals and SIM teams around the world.

When the pandemic was declared and the international travel ban prevented the couple from travelling overseas, they returned to what they’d been doing in Dubai – helping job seekers.

“We decided we wanted to reach out to those who had lost their jobs, or faced uncertainty, by offering job-search help services for free,” explains Daniel.

The couple launched a website, where those needing help getting back into the workplace, are able to access their help, including free workshops over Zoom that focus on skills such as preparing a strong CV; succeeding at interviews; networking effectively and managing a career transition.

“As we’ve publicised our services through churches, in Christian publications and over Christian radio stations, many of our clients are Christians, including mission workers returning from the field who are looking for employment,” says Daniel, “but we also have non-believers as clients and we welcome the opportunity to witness to them through this service.”

The Oughs’ help is freely available to anyone, anywhere in the world, as long as they speak English. Find out more at www.jobsearchhelp4u.com

This was posted on 2 March 2021 in Ministry stories and Training and equipping.
Tags: Coaching, COVID-19, Training