A measure of success? 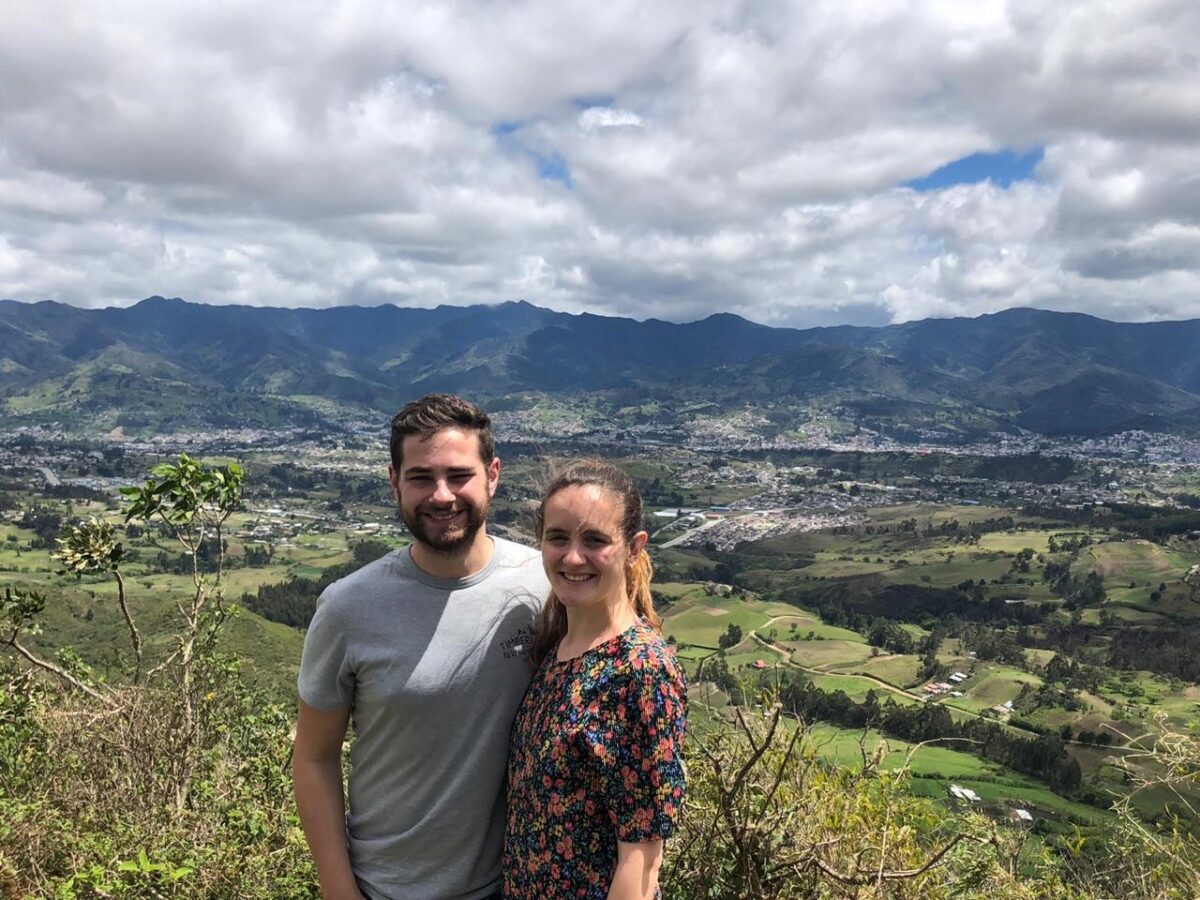 God as active in our day-to-day lives as in the big events, say one couple serving in Ecuador.

“What does success look like?’ is a question SIM UK workers Mark and Helen Azzopardi feel has been following them since they arrived in Ecuador and into a new culture with new responsibilities, new colleagues, and new expectations.

The couple have joined the SIM team in Loja, working with the local churches and planting and strengthening rural churches in south Ecuador.

Their main ministry is teaching in the missionary kids’ school and working with the El Sendero (The Way) youth ministry, which looks to disciple young people as they grow in their faith and also help reach those aged between 15 and 25, with the gospel.

Each week, the couple help with El Sendero’s English-speaking club REFF (Reflection, English, Friends & Fun) which is open to all young people who would like to learn and practise their English by discussing meaningful topics about life.

“We’ve already produced a video to help the English learners in our REFF group with the differences between American and British English and have had an amazing response so far,” says Helen, who taught the British English alongside her American colleague Susan.

“Our hope and prayers are that making videos like this will help build the reputation of REFF and attract new people.”

“Before moving, we were full of anticipation for ministry and life here,” says Mark, “and excited to see how God would use us. It was easier it some ways to imagine what the end result might look like, rather than considering the small steps and encounters that would lead us there.”

The couple, sent by Carrubbers Christian Centre, Edinburgh, admit they have sometimes found it too easy to feel discouraged, when asking themselves: ‘Why aren’t we fluent in Spanish yet?’ or ‘Why don’t we know more young people?’

“The way we choose to define success can have a huge impact on not only how we see the world, but also see ourselves ultimately as people of success or failure,” admits Mark.

“I think many will agree that at least in the western world, success is popularly measured in numbers and that ‘bigger equals better’.

“The unusual thing is that God seems to have a completely different way to measure success. Jesus teaches us in the Parable of the Talents in Matthew 25, that God isn’t interested in numbers, but instead faithfulness.

“We’ve seen that it takes time to build relationships and establish a trajectory for ministry, so rather than feeling disheartened when these things don’t happen instantly, it’s been an encouragement to rejoice in the small events such as a positive conversation with a local pastor, small-talk at the market, or being invited to a local person’s house for lunch.

“We can see through all of this that God is helping us to build connections and little by little, give us a vision for what our life and ministry will be.”

Helen agrees, adding: “Our God is just as much involved in the ‘day-to-day’ of life as in the milestone events. We seek to be his ambassadors with each person we interact with and with each occasion that happens.”