‘Aunty Dinah is truly an ambassador for Christ’ 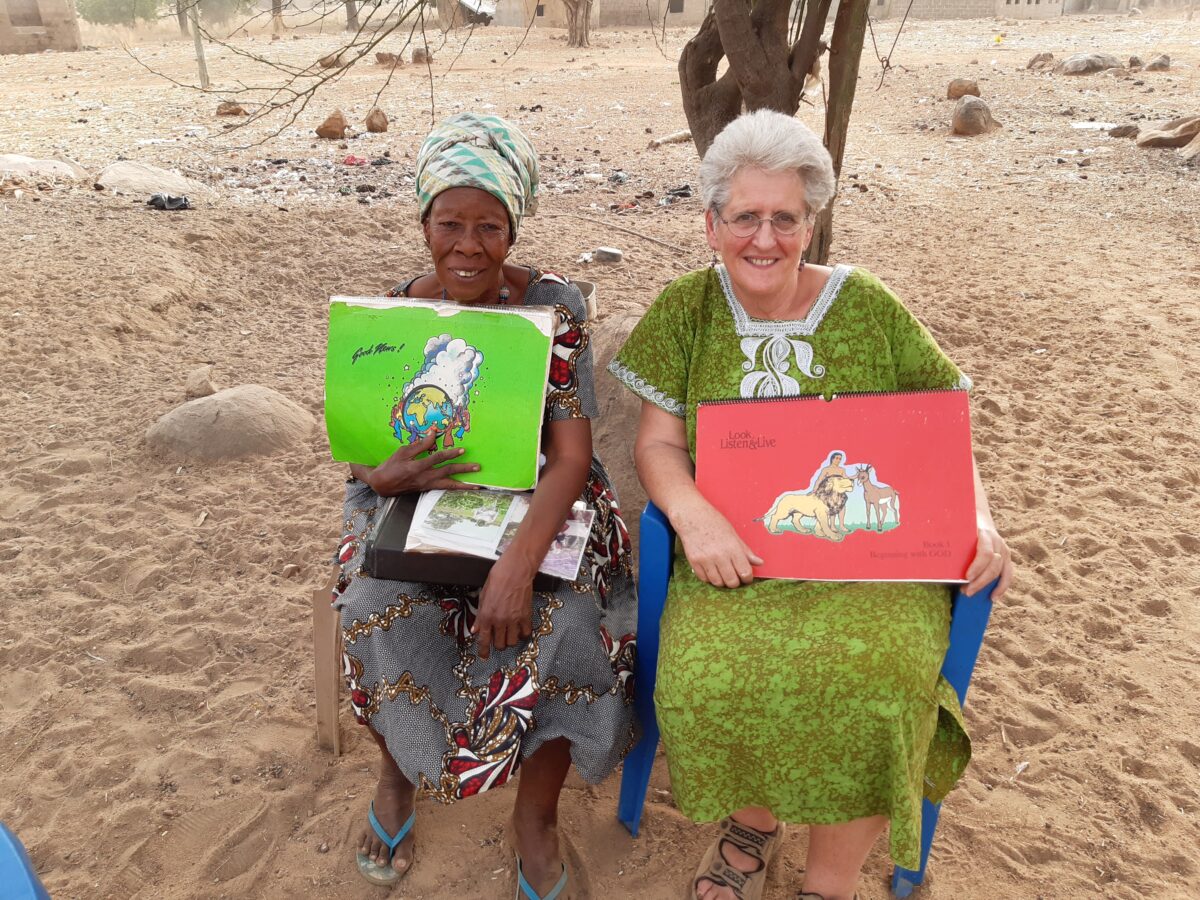 The story of the Kasena people of Chiana, Ghana, demonstrates how God is moving in the hearts of a formally unreached people group

Although about 69 per cent of Ghana’s population profess to be Christians, there are still many people who have not had any meaningful contact with the gospel.

In 1977, the Ghana Evangelism Committee conducted a survey to identify communities as yet unreached with the good news of Jesus Christ. One area was the Kasena people of Chiana – in the Upper East Region – where translation work on the Kasem New Testament had begun five five years earlier.

Around the same time, circumstances in Ethiopia caused many SIM mission workers to leave and after discussion with the local chief in Chiana, it was agreed some of those workers should move to Chiana.

Many Kasena followed the traditions of their forefathers by making sacrifices to the local shrines and to ancestors as a means of reaching God. However, on hearing that the only sacrifice that God would accept had already been made through Jesus Christ, slowly churches grew and the Lord worked in the hearts of the Kasena people causing them to leave the traditional ways.

While SIM mission workers helped in planting churches among the Kasena in Chiana, the growth and spread of the churches was mainly through the Kasena themselves as they shared their testimonies and the gospel with family and friends.

This is the continuing story of one of the first families of believers in Chiana:

Sylvester is the day guard at the SIM house in Accra. He is a loving husband and father of two, and a final-year theology degree student. He also founded a charity that supports families and runs children’s holiday clubs in Chiana, where he grew up. He is about the same age as the Chiana church.

When asked by Pam, a member of the Ghana team, what sort of difference he thought Christianity had made to his family and community, Sylvester smiled and answered: “The fear is gone! We don’t have to be afraid of the spirits and the ancestors. People live more peacefully with each other. Husbands take better care of their wives. The children are better cared for. People don’t waste their money on sacrifices any more.”

He showed pictures of his uncle, John Akekudaga, and his sister Dinah Abanapawo, his ‘spiritual grandmother’, featured in the book, History of Good News Bible Church, Chiana 1978-2016, written by Pat Robertson, a former SIM missionary nurse in Chiana.

In her book, Pat wrote: “John Akekudaga knew he was missing something important in his life. Then in 1979, he met Peter Jenkins, a SIM missionary, and asked him why he had come to Chiana. Peter replied that he had come to tell people about the one true God. John said, ‘Come to my house and teach me.’ Peter went and as John learned more, he decided he wanted to become a follower of Jesus Christ.”

Aunty Dinah was the person who had the greatest influence on the young Sylvester. Her father died when she was very young, so she lived with various relatives and finally with a Muslim family headed by a distant relative of her father’s, where she ‘learned the Muslim prayers but did not understand them’.

Eventually Dinah married and had three children, but she returned to Chiana with the children to be with her mother in 1981. It was there that she met Peter Jenkins and one day, heard him explain John 3:1.

For God so loved the world that he gave his one and only Son that whosoever believes in him shall not perish but have everlasting life. John 3:1

It spoke directly into her heart and she decided that day to give herself to the Lord.

Dinah enrolled in courses, to get to know God and the Bible better and as a women’s leader in the church, she attended classes at the local Bible College.

Sylvester still remembers as a child being gathered around the fire in the evening with various siblings, cousins and other children to listen to Aunty Dinah tell them Bible stories. Today, it is something he loves to do with his own children and the children in his church in Accra.

In 2019, Sylvester and Amy, a short-term mission worker from UK, led the children’s programme at SIM Ghana’s Spiritual Life Conference, giving back to the SIM team what had been given to his family 40 years ago.

“I had the privilege of visiting and talking to Aunt Dinah earlier this year,” recalls Pam, who is sent by Carntyne Parish Church in Glasgow.

“Her love of the Lord and her desire to reach others, particularly the children and women in the church, still shines out of her face. She truly is an ambassador for Christ and I’m looking forward to living near her and learning from her as I move to Sandema to encourage local churches in their ministry to parents and children.”

This was posted on 7 October 2020 in Ministry stories and Training and equipping.
Tags: Church planting, Ghana