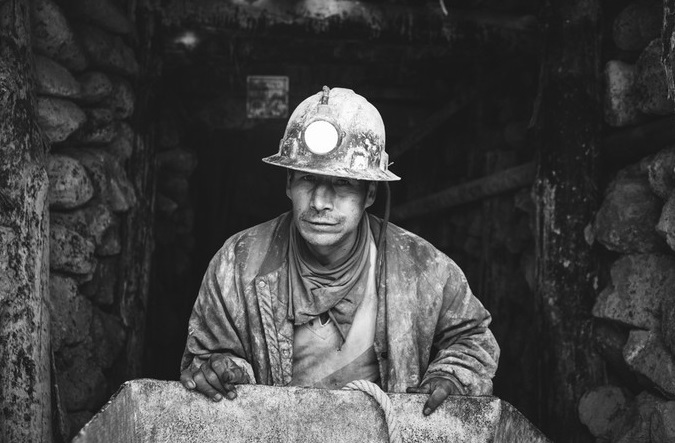 The mines of Potosi in Bolivia are dark places, but SIM believes no one is beyond the reach of God…

As one of the highest cities in the world – at 4,090 metres (13,420 ft) above sea level – Potosi was also once the largest and richest city on the planet. The sprawling Cerro Rico (literally ‘Rich Mountain’) towers over the city and has been mined for silver for 500 years.

Much of the city’s economy is supported by the mines. Yet, mining is not just a job in Potosi, Bolivia: it’s an identity. During city festivals and parades, it is an honour for young boys to dress as miners and dance in teams through the streets.

The mines extend for miles underground, pitch black except where the gas lamplight touches and full of dust. The rock is poorer and the profits scarce, with most miners never striking enough metal to rise out of poverty. Instead of silver, they are searching tin, zinc and other minerals. The air is thin at such high altitudes and conditions are dangerous, with accidents frequently harming and killing those working there. But the alternatives for employment are few and far between.

Many Potosi miners would call themselves Christians and say they believe in God, but they do not believe he has power in the mines. Instead, they believe the devil-like spirit ‘El Tio’ rules supreme underground. Through offerings of cocoa leaves, tobacco and alcohol, they hope to placate him, providing success and safety.

SIM reaches out to miners and others in Potosi through a medical clinic, English classes, occupational therapy and community projects.

Many of the miners suffer from lung diseases like asthma or silicosis due to the dust and strong unfiltered cigarettes that they smoke. Others have physical injuries resulting from the dynamite, cramped tunnels and hard labour. Through demonstrating God’s sovereignty, ministering to the medical and spiritual needs of the community and showing the love of Christ, the team trust that the church in Potosi will be strengthened and glorify God.

During the start of the COVID-19 pandemic, many clinics across Bolivia closed to patients amid fears of transmitting the virus further. Yet the Christian clinic Allinta Ruwana stayed open, gaining new opportunities to share medical help and the love of Christ with those in the community.

This was posted on 1 June 2021 in Compassionate ministries and Medical Mission and Ministry stories.
Tags: Bolivia, COVID-19, Mining, Outreach