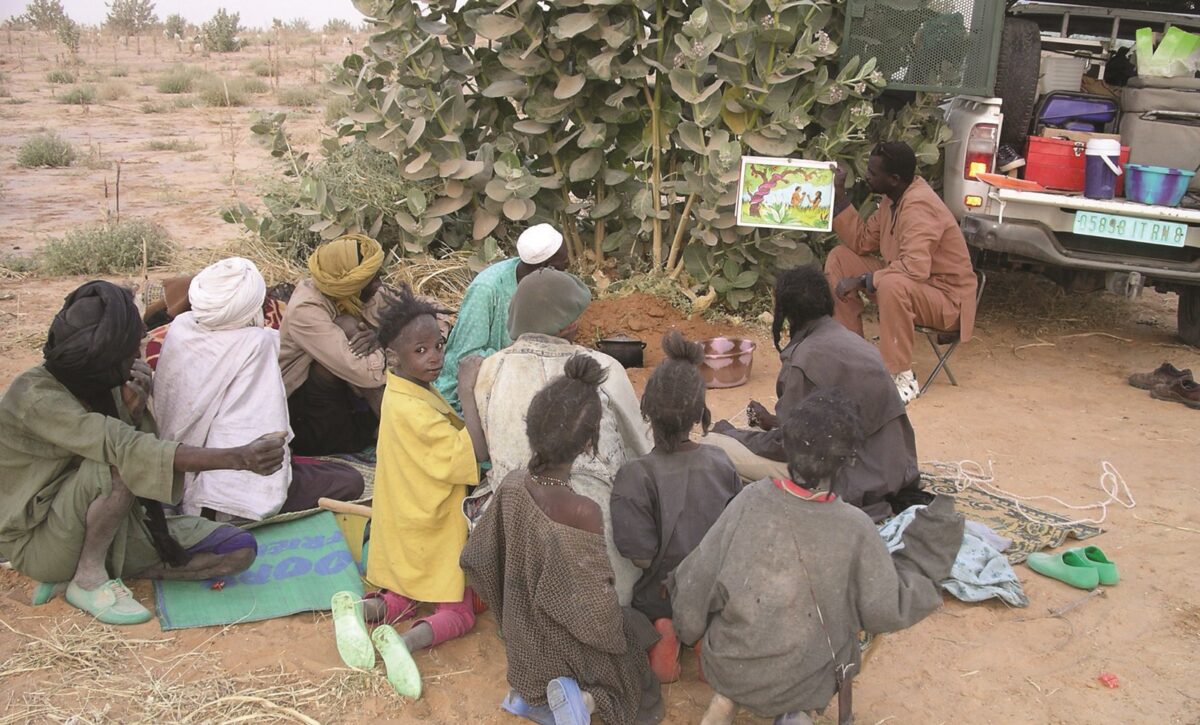 Read how a training centre helped equip two brothers for a lifetime of serving Jesus among the nomadic herders of West Africa.

Over many years, SIM has been intentionally building a relationship with a least-reached people group, who are traditionally nomadic herders and one of the largest ethnic groups in West Africa.

According to a SIM worker, who led a team in the region, many are illiterate and prefer to live away from towns and cities, making them “amazingly resourceful and resilient” as they cope with some of the harshest conditions on the planet.

In 2008, SIM helped sponsor a regional conference to bring together believers, who voiced their concern over the lack of trained pastors to teach the Bible, mentor and encourage followers from these remote communities.

The FMTC Training Centre was started two years later to meet this crucial need and equip believers with skills to teach and mentor others in their own communities.

The training centre accepts committed believers who show the potential to learn and lead. Students attend the centre during the dry season over a three-year period and the goal is to help them read and teach God’s Word in their mother tongue (there’s currently no other Bible training facility to equip people in this country for ministry in their own language).

The curriculum is taught by local pastors and includes a strong practical aspect, incorporating Bible teaching, literacy, story-telling and memorisation.

Staff also visit the students to encourage, mentor and provide accountability. Graduates then have the opportunity to return for periodic six-week refresher courses.

Read the story of two brothers, who have greatly benefited from the teaching at the FMTC Training Centre...

Transformed By A Dream

Playing together as small children in the 1990s, brothers Adam and Noah* never imagined doing anything different to their ancestors.

They embraced their nomadic heritage, their self-sufficient herding lifestyle, and the freedom of movement it afforded them. Although they weren’t aware at the time, God had other plans for their lives…

Years later, one night as Adam lay sleeping, he had a vivid dream that someone told him to travel to the south-east, many kilometres from where he was grazing his herd. In the dream, he was instructed to visit an older man who would give him an important message.

Adam obeyed the dream and as he arrived in the camp, a local believer met him and shared the gospel with him. He was encouraged to attend the FMTC Training Centre to learn more about what it means to follow Jesus.

After two years there, he returned home and led eight of his family members to Christ. In 2019, he attended a refresher course where he learnt about Paul the Apostle’s uncompromising love for Jesus. This challenged him not to be distracted from following Jesus. Adam said he felt further strengthened to face suffering with courage.

As Adam grew in his faith, he watched on in despair as he saw his younger brother, Noah, spiralling deeper into a lifestyle of hopelessness.

Noah had left his family when he was around eight, to live with the wealthy family of his best friend. He was treated as a son in this family, receiving clothes and eating well at every meal. However, some of the money was illegally gained and Noah was being drawn into criminal activity. Meanwhile, Adam was praying for his brother and pleading with him to leave that life behind and stop living so dangerously.

One day, Adam urged his brother, saying, “Leave that life. Come and live with us again. You need to turn away and follow Jesus. Stop your involvement in what you know is wrong.”

Soon after this, Noah’s friend was shot and killed while being chased.

It was a wake-up call to Noah and he finally listened to his brother and left his lifestyle behind. Adam shared with Noah the impact FMTC had on his own life and encouraged his brother to consider attending too.

Following three years there, Noah went on to study at a more advanced Bible school in order to gain an even deeper understanding of the Word. He and his wife are now in their final year.

Today, Adam leads Sunday worship meetings in the shade of a tree with local believers. Around 100 people gather for the weekly teaching. The believers are praying for many of their own people at several other wells where there is a growing openness and interest in the gospel.

God is also using Noah for his purposes and given him a burden to take the gospel to people in a region where nobody has ever heard about Jesus.

This was posted on 22 February 2022 in Bible access and Training and equipping.
Tags: Equipping, Least known, West Africa